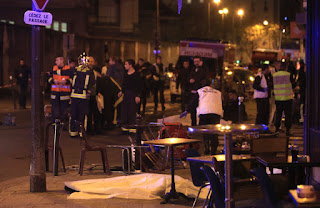 Shootings in central Paris on Friday night have left several people dead and wounded, French television reported, while an explosion near Paris at the country’s main sports stadium forced the hasty evacuation of President François Hollande. The explosion occurred during a France-Germany soccer match.
The shooting broke out at a concert hall. Some reports said as many as 18 had been killed in the 10th and 11thArrondissements of Paris. Others said hostages had been taken.


It was unclear whether there was a link in any of the violence to terrorism but French media reported that Kalashnikov rifles were involved in the shootings — a favored weapon of militants who have attacked targets in France — and that many rounds were fired.
The shootings occurred near the former headquarters of Charlie Hebdo, the satirical newspaper where shootings in January traumatized France.
Police sirens sounded throughout central Paris on Friday night. 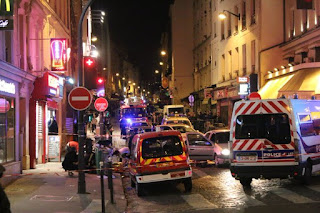