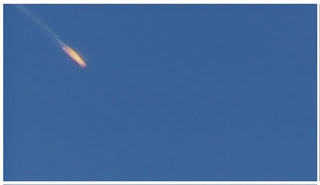 ATP - BEIRUT Russian and Syrian special forces rescued one of the pilots of a Russian warplane shot down by Turkey near the Turkish-Syrian border, Syrian state media reported on Wednesday.
The state news agency SANA said the pilot, whose Su-24 jet came down in Syrian territory on Tuesday, had been retrieved from an area where rebels opposed to President Bashar al-Assad were present.
Syrian special forces "last night carried out a joint operation with Russian special forces, penetrating four to five kilometres into areas where terrorists are located, and were able to save one of the pilots of the Russian plane", SANA reported, adding that he had been returned to a military base.


Syria's government uses the term terrorists to describe all insurgents fighting against it.
The incident was one of the most serious publicly acknowledged clashes between a NATO member country and Russia for half a century. Turkey said the jet had violated its air space while Moscow said the plane had not left Syrian air space.
Both of the two pilots bailed out but one was shot dead from the ground, Russia's army said.
A deputy commander of rebel Turkmen forces in Syria said on Tuesday that his men had shot both pilots dead as they parachuted down. However, the Russian Defence Ministry also said one of them was safe and had returned to Russia's air base in western Syria.
Russia intervened directly in the Syrian civil war on Sept. 30 with its own air campaign in support of Assad, whose forces are fighting insurgents backed by regional powers including Turkey.
The warplane crashed in a mountainous area in the northern countryside of Latakia province, where there had been aerial bombardment earlier and where pro-government forces have been battling insurgents on the ground, monitoring group the Syrian Observatory for Human Rights said.
(Reporting by John Davison; Editing by Louise Ireland and David Stamp)