I am already tired after five months as Governor – El-Rufai 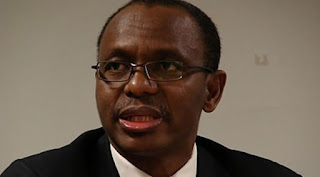 ATP - The Kaduna state governor, Nasir el-Rufai, says his job can be so demanding that five months into been a governor, he is already tired of the job.
El-Rufai while speaking at the just concluded Ake Arts and Book Festival in Abeokuta, Ogun State, said he has not had time to read a book in the last two years.
“As a state governor the challenge for me is what to do to create jobs in Kaduna State. Eighty-two per cent of the eight million people in Kaduna State are below the age of 35. My challenge is not whether population grows next year or the year after. It is to get jobs for this young people, otherwise no one will sleep in peace.”


“Frankly speaking, five months as governor, I am already tired. I honestly do not think that anyone who wants to do this job seriously can do it for more than four years and not burn out. When I look at some of my colleagues, some are putting on weight, they are looking nice, I ask them, ‘how do you do it,” El-rufai noted.