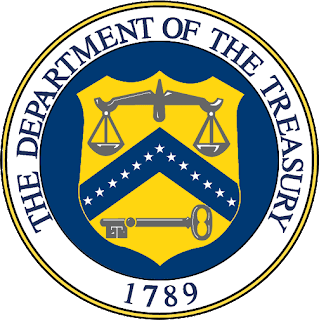 The US Department of Treasury on Tuesday named two leaders of the Boko Haram sect for economic sanctions, saying both are closely involved in deadly attacks in Nigeria, AFP reported.
The Treasury Department said Mohammed Nur, a Boko Haram commander who has represented the group in negotiations with the federal government, was placed on its financial blacklist for his involvement in suicide bomb attacks, including one on the United Nations headquarters in Abuja in 2011.
“Nur is a senior Boko Haram member who supports Boko Haram’s campaign of violence against the government of Nigeria,” said Treasury acting Under Secretary for Terrorism and Financial Intelligence, Adam Szubin.


The second Boko Haram figure placed on the sanctions’ list is Mustapha Chad, a Chadian national who in 2013 directed Boko Haram activities in Yobe State.
The sanctions, which seek to freeze assets of the individuals and lock them out of the global financial system, have added to US designations of Boko Haram as an international terror group two years ago.
The US had also imposed similar sanctions on the leader of Boko Haram, Abubakar Shekau, and other commanders of the group.
The Treasury Department pointed out that earlier this year, Boko Haram also pledged allegiance to the Islamic State jihadist group based in Syria and Iraq.
“From kidnapping schoolgirls to mass fatality terrorist attacks, Boko Haram represents a threat not just to innocents in Nigeria but to all civilised society”, it stated.