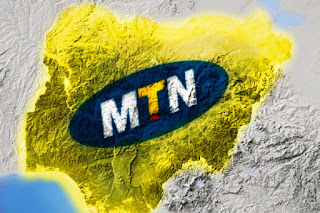 ATP - MTN has filed a suit at the Federal High Court in Lagos to challenge the $3.9 billion fine imposed on it by the Nigeria Communications Commission (NCC). MTN is asking the court to quash the fine.
MTN wass in October slammedwith a fine of $5.2 billion for failing to disconnect unregistered subscribers. The initial fine was later reduced by 25 per cent to $3.9 billion earlier this month, with a payment deadline set for December 31.


MTN through its lawyers – Chief Wole Olanipekun (SAN), Mr. Tanimola Molajo (SAN), Mr. A.B. Mahmoud (SAN), Dr. Gbolahan Elias (SAN), Mr. Oladipo Okpeseyi (SAN), Prof. Fabian Ajogwu (SAN) and Dr. Oladapo Olanipekun (SAN) – is challenging the powers of NCC to impose such a fine on it. The telecoms company is arguing that on the basis that NCC, being a regulator, cannot assume all the functions of the state on its own, considering the fact that they made the regulation, prescribed the penalty and imposed the fine payable to the commission and not the federal government.
The Telecommunications company is also contending that it was not afforded its constitutional right of fair hearing before a court of competent jurisdiction and more importantly, it had not been found guilty of any offence that will warrant it to pay such an outrageous fine.
It is of the view that the sanction imposed on it by NCC was applied within 24 hours of its written submission on the disconnection exercise and the impractical nature of the NCC deadline. MTN further stated that the deadline of seven days to disconnect 5.2 million subscribers was grossly inadequate and impracticable, the telecoms company said the deadline to disconnect 5.2 million subscribers was unfair and ran contrary to the requirement to give adequate notice to the subscribers and all operators.