ATP  -  Quentin Tarantino's latest blockbuster, "The Hateful Eight," is due to open in cinemas in the US on Friday — but good-quality pirated versions of the movie are already being shared on the internet. 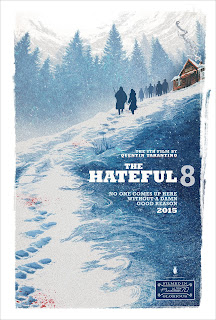 These kind of leaks are becoming an annual occurrence, and it's all because of the time of year: awards season.
Ahead of the Oscars, the BAFTAs, the Golden Globes, and a bevy of other big industry events, studios send the judges a selection of the year's best films for consideration — even if they haven't been released in the cinemas yet.
And inevitably, some of these make their way online.
"The Hateful Eight" was first shared online by a piracy group called Hive-CM8, but The Hollywood Reporter thinks it has identified the person who the original "screener" copy of the film belonged to — a Hollywood executive named Andrew Kosove.


Kosove works as the CEO for Alcon Entertainment, a movie-product company — and at this point, it's important to make clear there's no evidence to suggest he had anything to do with the leak, or that he has committed any crime. He's most likely entirely innocent in all of this.
He told The Hollywood Reporter: "I've never seen this DVD ... It's never touched my hands. We're going to do more than cooperate with the FBI. We're going to conduct our own investigation to find out what happened."
It sounds as if someone intercepted or copied the DVD intended for Kosove before it reached him — perhaps at Alcon, perhaps at the distributor, The Weinstein Company. The FBI is investigating the leak, and more details may emerge in the days and weeks ahead.
So how was the leaked film tracked to Kosove's copy? It's because screeners sent out to judges for award ceremonies typically contain unique watermarks. Some of these are obvious — like messages that scroll at the bottom of the film — and some are hidden. That way, if a screener video makes its way online, it can be tracked back to its source.
Piracy groups will try to detect and remove these watermarks, but in this instance they clearly weren't successful.
It sounds as if 2015 could be a particularly big year for pirates. Hive-CM8, the group that leaked "The Hateful Eight," claims to have a whopping 40 films to release. "DVDScreener 1 of 40, will do them all one after each other, started with the hottest title of this year, the rest will follow," the group says.
There's no indication as to whether these are all from one source (whoever intercepted Kosove's DVD, for example), or if they come from multiple different sources.
"The Hateful Eight" has been affected by a leak before. In 2014, its script was leaked online — prompting director Quentin Tarantino to cancel the film, before changing his mind. The plot focuses on bounty hunters in post-Civil War Wyoming.