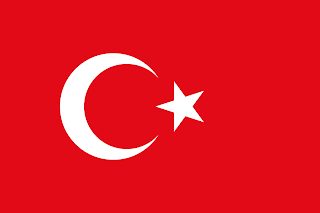 ATP - The charges and counter-charges have been fast and furious since last week, when the Turkish air force shot down a Russian fighter jet near Turkey’s border with Syria. But now it’s getting personal.
The Russian Defense Ministry is accusing Turkish President Recep Tayyip Erdogan, his family and his country’s leadership of being tied up in illegal trade in oil with the so-called Islamic State (IS), and that Turkey is the group’s chief customer.
“Today, we are presenting only some of the facts that confirm that a whole team of bandits and Turkish elites stealing oil from their neighbors is operating in the region,” Russian Deputy Defense Minister Anatoly Antonov told a Moscow news conference Wednesday. He said thousands of trucks ship “large quantities” of the oil into Turkey.


“According to our data, the top political leadership of the country – President Erdogan and his family – is involved in this criminal business,” Antonov said, adding that, “Turkey is the main consumer of the oil stolen from its rightful owners, Syria and Iraq.”
During the briefing, reporters were shown satellite images that ministry officials said showed columns of the tanker trucks taking on cargoes of oil at loading facilities in areas of Syria and Iraq controlled by IS, and other photos said to show the vehicles crossing into Turkey.
The briefing didn’t present direct evidence that Erdogan and his family were involved in the trade – an accusation that the Turkish leader has emphatically denied – but Antonov said, “According to information we’ve received, the senior political leadership of the country, President Erdogan and his family, are involved in this criminal business.”
Antonov specifically implicated Erdogan’s son and his son-in-law in the illegal trade. “In the West, no one has asked questions about the fact that the Turkish president’s son heads one of the biggest energy companies, or that his son has been appointed energy minister,” he said, adding sarcastically. “What a marvelous family business.”

The current market turmoil has created a once in a generation opportunity for savvy energy investors.
Whilst the mainstream media prints scare stories of oil prices falling through the floor smart investors are setting up their next winning oil plays.

Turkey’s Energy Minister is Berat Albayrak, the president’s son-in-law. The son Antonov referred to evidently is Necmettin Bilal Erdogan, one of three owners of BMZ Group, a marine shipping concern that has been linked in at least one news report with transporting IS’s stolen oil.
Antonov didn’t say how much oil was involved in the suspected IS trade with Turkey, but another ministry official stressed that the quantity would be greater today if Russia hadn’t begun its operations against IS – also called ISIS and Daesh – on Sept. 30, greatly cutting into the group’s revenues from oil smuggling.
“The income of this terrorist organization was about $3 million per day,” Lt.-Gen. Sergey Rudskoy said. “After two months of Russian airstrikes, their income was about $1.5 million a day.”
The intensity of Russia’s accusations has been growing since the downing of the jet on Nov. 24, the most dangerous incident involving Russia and a NATO state in the past 50 years. On Monday, as the heat was rising between the two countries,Erdogan demanded that Russian President Vladimir Putin back up his allegations with evidence. If he could, the Turkish leader said, he would resign.
“As soon as such a claim is proved, the nobility of our nation requires [me] to [step down]. I will not remain in this post,” Erdogan said. He also challenged Putin to do the same if the accusations prove baseless. “I am asking Mr Putin, would you remain?”