The international climate deal agreed in Paris is a turning point in history which signals the end of the fossil fuel era, it has been claimed. 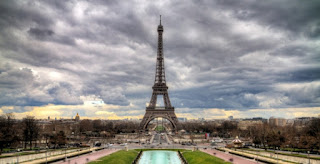 The final draft of the agreement has received a largely positive response from environmental and aid campaigners, experts and analysts, although there are concerns it does not go far enough to tackle climate change.
Emma Ruby-Sachs, acting executive director of campaign group Avaaz, said: “If agreed, this deal will represent a turning point in history, paving the way for the shift to 100% clean energy that the world wants and the planet needs.”


Michael Jacobs, senior adviser for the New Climate Economy project, and former adviser to Gordon Brown, also described it as a historic turning point.
“Historians will see this as the turning point: the moment when the world started shifting decisively away from fossil fuels and towards clean and safe energy systems.
“Remarkably this effectively signals the end of the fossil fuel era. This is unquestionably a great success. But the work really starts now. These commitments now need to turn into policy, and policy into investment.”
Kumi Naidoo, executive director of Greenpeace International, which campaigns strongly against fossil fuel expansion, went further, saying: “The wheel of climate action turns slowly, but in Paris it has turned. This deal puts the fossil fuel industry on the wrong side of history.
Aid agencies also gave the deal a cautious welcome, with Neil Thorns, from Cafod, suggesting: “For poor people living on the front line of climate change, this deal offers hope for a brighter future, but not yet the security that we’ll get there quick enough”.
Oxfam said the agreement would offer a “frayed lifeline” to the world’s poorest and most vulnerable people, but warned measures to ensure predictable flows of finance to developing countries to help them deal with climate change had been dropped.
ActionAid chief executive Adriano Campolina said the deal is missing “real and concrete commitments”, but he added that Paris is only the beginning of the journey.
Scientists backed the deal, with Piers Forster, professor of climate change, University of Leeds, going as far as describing it as “a Christmas miracle”, and the best deal possible.
Corinne Le Quere, professor of climate change science and policy at the University of East Anglia and director of the Tyndall Centre for Climate Change Research, said: “The three key elements to do it are there in some form: keep warming well below 2C, practically move away from fossil fuels, and review each country’s contribution every five years so they scale up to the challenge.
“The emissions cuts promised by countries now are still wholly insufficient, but the agreement as a whole sends a strong message to businesses, investors and citizens that new energy is clean and fossil fuels belong to the past. There is a lot of work ahead of us to make this happen.”
Prof Sir Brian Hoskins, chairman of the Grantham Institute, Imperial College London, said: “The Paris agreement is the culmination of more than 20 years of negotiation.
“With it the countries of the world have recognised that they all have to work together to tackle the shared problem of dangerous climate change caused by human activities.
“We are now looking towards the post- fossil fuel era that will give new opportunities for technological, economic and social development that is truly sustainable.”
Friends of the Earth chief executive Craig Bennett warned the deal fell far short of the “soaring rhetoric” from 150 world leaders who attended the opening day of the talks less than two weeks ago.
“An ambition to keep global temperature rises below 1.5C is all very well, but we still don’t have an adequate global plan to make this a reality. This agreement leaves millions of people across the world under threat from climate-related floods, droughts and super-storms.
“However, this is still a historic moment. This summit clearly shows that fossil fuels have had their day – and that George Osborne’s outdated, backward energy policies must be reversed if he wants to be on the right side of history.”
He called for energy efficiency and renewable power to form the backbone of Britain’s future energy policy, and accused ministers of undermining investment in these areas at every opportunity.
“The Prime Minister must also end Britain’s scandalous support for fossil fuels, including fracking. This nation is the only G7 country to be actively expanding fossil fuel subsidies.
“People power across the world has forced governments to start taking this issue seriously – and people power will win the day.”