Insurgency And December Deadline: How Far? 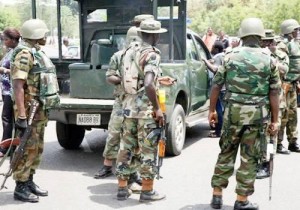 Boko Haram’s Evolving History
Claimed to have been inspired by the skewed understanding of the teaching of Ibn Thaimiya, a foremost 14th Century Islamic scholar, theologian and logician (also known as Sheikh ul-Islam), the Boko Haram’s spiritual leader,Ustaz Muhammed Yusuf, began his da’awah (Islamic preaching) as a firebrand cleric that gained fame in his characteristics attack and hate of the establishment.
Yusuf had his grand mosque popularly known as Markas, which was located in the heart of Maiduguri at Bayan-Quarters. In 2009, adherents of the Muhammed Yusuf, then known and referred to as members of Yusufiyya Movement, took their faith to the extreme when they began to advocate for a full-fledged Islamic state governed strictly by the Sharia System of Jurisprudence.


In the first quarter of 2009, a group of persons suspected to be members of Boko Haram were arrested in Biu, trying to couple some improvised explosives using tin cans and wires. One of the arrested persons paraded by the police in Maiduguri, Borno State, said he was sent to Afghanistan to learn bomb coupling.
On the 5th of June, 2009, members of the Boko Haram had an encounter with the security operatives under the now disbanded Joint Task Force (JTF) during a burial procession for a deceased member of the group. The security operatives said the mourners had breached the stringent crash-helmet and reflective jacket rule for motorcycle riders. An argument ensued which led to shootout that caused 18 members of the Boko Haram to sustain bullet injuries.
The Boko Haram leader, in reaction to the incident vowed to retaliate even as he threatened to replicate the Somalian experience in Borno State through bizarre tactics like kidnapping, ambush and bombings.
On Friday 24 July, 2009, a deadly explosion from a bomb device being coupled by two men at the Bayan-Quarters area of Maiduguri killed one Hassan Sanni Balami, and his visiting colleague who came to teach him how to couple and detonate a bomb. The bomb accidentally went off, dismembered the two men and destroyed the roof of the house. Since then, Boko Haram was known to have the capacity, though not on a large scale, to create IEDs and use them for attacks.
Two days later, precisely on July 26, 2009, Boko Haram, under the leadership of Yusuf, launched its first biggest onslaught on the city of Maiduguri, which led to the death of over 200 persons in a single swoop.
It took the security operatives three days to dislodge Boko Haram from its spiritual headquarters, ‘Markas’ and kill Yusuf, while his deputy Abubakar Shekau, who later became the leader, escaped with bullet injuries.
One year after the dislodgement of Boko Haram, Shekau resurfaced and regrouped his scattered members who started a new sect named Jamaatul Ahlil Sunna li Dawati wal Jihad (Boko Haram).
When the Boko Haram began the seizure of territories in Borno, Yobe and Adamawa states, they were credited for recorded bombing of major bridges linking the areas and planting of hundreds of landmines all over the areas.

The New Strategies Adopted By The Sect/Efforts To Incapacitate The Terrorists
LEADERSHIP Friday findings show that the terrorists, who presently do not have the space to operate freely as soldiers destroyed many of their camps across Borno, Yobe and Adamawa states, now resort to hit and run survival tactics where they kill and loot food items.
Gradually being boxed to corners, the terrorists are said to have also lost their ability to conscript new foot soldiers whom they mostly sourced from isolated villages and hamlets across the state.
A highly ranked security personnel who had been deeply involved in the ongoing counter insurgency operation said Boko Haram used young men forcefully picked from villages as cannon fodders whom they push to the front of the firing line.
“They would hurriedly train them on the art of the trigger and rifle usage, then push them to the front to fight”, said the security chief who pleaded anonymity.
As the onslaught against Boko Haram insurgents persists, making their fighting spirit low, the insurgents have seemingly devised new methods to unleash mayhem on soft targets across the North East region bedevilled by Boko Haram insurgency.
The recent move by Boko Haram to infiltrate the civil populace has introduced another dicey turn to the six year insurgency that has claimed thousands lives across the north east region while millions others were displaced with properties estimated in billions destroyed.
One such approach that became palpable was the way the people were deceived when two suicide bombers cunningly engaged themselves in a mock fight around Jimeta night market in order to attract the attention of the people.
As good Samaritans gathered around to separate the two combatants, the explosives they were carrying detonated leading to massive casualty figure of around 40 people.
The terrorists have now adopted a new approach, luring their victims with cash gifts so as to form massive crowd around themselves in order to maximize their casualty figures.
That deceit recently played out during an attack on tipper garage along bye pass road in Jimeta where a suicide bomber who camouflaged as a philanthropist, detonated Improvised Explosive Device leading to the death of over 30 people in one fell swoop while dozens others sustained varying degree of injuries.

Negative Implications
Gradually, owing to suspicion arising from insurgency which has put everybody in another’s eye as a suspect, days of trust are over. Nobody takes any other person easily as a trusted fellow. Consequently, people live in widespread fear as any parcel, any bag or luggage left unattended for a long time, are all considered potential dangers until the possible fact that it is non-lethal is established.
As it is now, most marketplaces, other public places and soft targets are still largely porous as movement of people is unrestricted. At the same time, people are not checked while going into market or public places. Incidentally, people converge in market-places in great numbers for buying and selling. Therefore, any successful attempt by insurgents to gain access into any market or cluster of people in any market-like environment would mean the death of many in a single swipe.

Way Forward:
De-indoctrination
A psychologist and lecturer in Plateau State University, Mr Pam Henry Dung, said the Nigerian government would require use of information and change of wrong indoctrination to rehabilitate and absorb captured members of the Boko Haram sect into the society.
“I think what happened here is the issue of indoctrination. It means that information was used to get them where they are; so, it also requires that information should be used to change the belief they have now. They should be given a new orientation or belief to get them out of what they hold unto.
“It means that there should be a support system which should be used to sustain the new belief given to them. The most important thing is the radical reorientation that is needed to change their mind-sets,”he said.
Dung also added that religious and community leaders would have a role to play but that is only if the captured members of the terrorist group are ready to be submissive to the religious and community leaders or hold them in high esteem.

Seeking The Cooperation Of Traditional And Religious Groups
There is an important lesson the federal government should learn from the recent initiative of the Russian president, Vladmir Putin, to partner Iran and Syria, both Islamic States, in the fight against the Islamic State (ISIS) terrorists. The idea is simple: ‘Use those who know the criminals, their itinerary and the terrain well to fight effectively’.
While prosecuting the war against terrorism, Nigeria may need to take more seriously the issue of partnering traditional and religious leaders, especially in the North-east which is the hot-bed of terrorism. Those who belong to this school of thought believe that the inhabitants know these persons, even by names, before they became dreaded monsters in the region and can help guide security agents more effectively in the anti-terror campaign.
As it is internationally where Russia is partnering with other countries to fight ISIL, there are speculations that members of Islamic groups in northern Nigeria, who have a long standing culture of being non-violent and focused on the true teachings of Islam, may know some of the Boko Haram terrorists one-on-one and even their itinerary such that if they are incorporated in the anti-terror programme, they would provide useful intelligence that the Nigerian troops never had.
Recall that a step was taken in this direction, especially by the Borno State government in the twilight of former President Goodluck Jonathan when the insurgents went on rampage, taking hostage and claiming several communities in Borno, Adamawa and Yobe.

De-Radicalization Of Insurgents And Community Policing
Recent move to capture and de-radicalise   the insurgents where possible is one right step in the right direction, even though those opposed to this strategy to de-radicalise captured insurgents argue that it is impossible to get them to renounce their religious perspective or faith, since they believe they will attain paradise upon death.
In his comment, Dung, the psychologist says it is difficult, not impossible, to de-radicalise insurgents, recommending rehabilitation, the confinement of insurgents as opposed to torture.
“It depends on how far away they’ve gone from humanity, but you can reach out for them and make them willing to change by introducing to them the right information, knowledge different from what they are used to. Most important, use other people of similar faith who have different interpretation (of peace) of the Quran to influence them.”
Speaking on the importance of vigilante, Dung charged Nigerians to remain on guard, especially in this terrorised society.
“Be vigilant. Question every unfamiliar face. However, be polite about it. The time for shyness and fear is gone. The lives of loved ones are at risk,” he said.
Speaking from experience, he also advised Nigerians to question corrupt security officials.
Reverend Father John Azubuike Obi, of St. John the Baptist Catholic Church, Mpape, Abuja, has always conscientised his congregation on the need to take self-protection very seriously. In the light of this, the Reverend, in order to ensure first-hand protection for his congregation instructed the youth organization to embark on weekly patrol of the church’s main entrance and its environs.