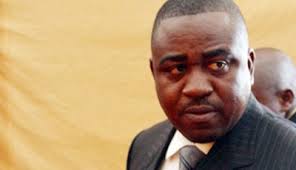 The former governor, together with the former commissioner of finance in the state, are accused of the mismanagement of over 3.1 billion naira belonging to the state.

He was escorted into court by officials of the anti-graft agency, the Economic and Financial Crimes Commission (EFCC).


The sum of the bail is 100 million naira each and one security each who is not less than a director, grade level 12 in the employment of the federal, state or local government.
The two accused politicians are to submit their passports to the court.
The trial has been adjourned till December 8 and 9, while bail was not denied by the EFCC.
The offence is punishable under Section 15, Subsection 3 of the Money Laundering (Prohibition) Act as amended in 2012.
Suswam is being arraigned before Justice A. R. Mohammed over a 9-count charge of money laundering to the tune of 3.1 billion naira.
The EFCC questioned both men in October but released them on administrative bail.
Suswam has denied the accusation.