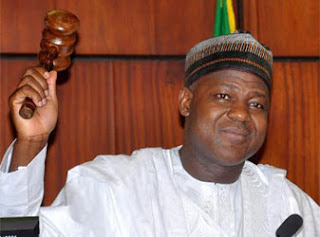 SPEAKER of the House of Representatives, Yakubu Dogara yesterday canvassed for the involvement of the National Assembly in the appointment and removal of the Inspector-General of Police, IGP, to ensure operational independence and command integrity.
The Speaker also called for the decentralisation of the Police force for effective crime detection.
Dogara who stated this in Abuja at the opening ceremony of the National Dialogue on economy, security and development facilitated by The National Institute for Legislative Studies, further disclosed that the House of Representatives was contemplating to amend Section 82 of the Constitution from six months in which the President was allowed to spend without appropriation to three months.