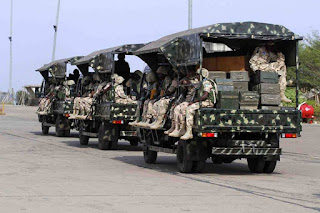 
The attack came as a military intelligence officer confirmed that 107 soldiers remain missing five days after a battle in which the rebels drove away in a T-72 tank. The officer spoke on condition of anonymity because he is not authorized to speak on the issue.
Nigeria’s military has denied dozens of soldiers are missing, but often does not report embarrassing information.
The setbacks come as Nigeria?s government admitted it cannot crush the 6-year uprising that has killed some 20,000 people by December.