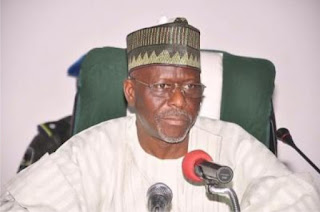 ATP - Kogi State governorship candidate of the Peoples Democratic Party (PDP), Governor Idris Wada has expressed sadness shock over the death of his opponent and candidate of the All Progressives Congress (APC), Abubakar Audu.
“My brother and friend, Prince Abubakar Audu is gone. What a trying period for me, my family and our state,” he wrote on Twitter.
“I first met my late brother and friend in 1973 and we have remained ever close since then. Words fail me indeed.


I have made calls to the family of my late friend to commiserate with them. I have declared a 7-day mourning period in the state. RIP my friend.”
News of Audu’s death became public after the Independent National Electoral Commission (INEC) declared the poll inconclusive.
Audu secured 240,867 votes and Wada polled 199,514 votes, whereas 49,953 votes were voided in the election.