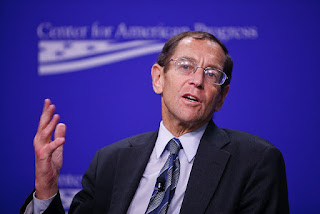 ATP - In an article that has gone viral around the world, titled ‘Nigerian President Muhammadu Buhari Dupes the US’, Bruce Fein criticized Nigeria’s leader for “uttering time-worn democracy vows” during his visit to the US, where he promised “to combat graft with procedures that would be “fair, just, and scrupulously follow due process and the rule of law, as enshrined in our constitution.”
It said, “After celebrating fairness, due process, and the rule of law last July to win the goodwill of the United States, Mr. Buhari returned to Nigeria to mock all three in a vendetta against Dasuki, the immediate past National Security Adviser.
“He placed Mr. Dasuki under house arrest. He confiscated his passport. He charged him with firearms and money laundering violations. He sought a secret trial to prevent independent scrutiny.


“He opposed Mr. Dasuki’s pretrial application to the Federal High Court sitting in Abuja for permission to receive urgent medical treatment for cancer in London, but it was nonetheless granted.
“Justice Adeniyi Ademola explained that an accused is presumed innocent before trial, and that a citizen’s health is paramount before the law. Mr. Buhari was ordered to release Mr. Dasuki’s international passport.
“Mr. Buhari defied the order. He put Mr. Dasuki’s house under siege, a microcosm of the Bosnian Serb siege of Sarajevo. Mr. Dasuki returned to court. Justice Ademola reaffirmed his order, asserting “My own orders will not be flouted.”
“Mr. Buhari has not yet budged. As a military dictator in 1985, he similarly seized the international passport of Chief Obafemi Awolowo to thwart his travel for medical treatment, which caused his death in 1987. The more things change, the more they stay the same.”
Calling Dasuki’s situation an “ongoing persecution,” Fein noted disparagingly that “Members of Nigeria’s National Assembly and Senate have been reduced to playing the roles of extras in cinematic extravaganzas.”
Recalling some of the low points of the Buhari military regime in the ‘80s, the publication said the era “was earmarked by chilling human rights abuses,” which it said included, “draconian edicts, exemplified by Decree 20 under which the judicial murders of Nigerian citizens Lawal Ojuolape, Bernard Ogedengbe, and Bartholomew Owoh were authorized.”
It noted that Ogedengbe was executed for a crime that did not carry the death penalty at the time it was committed in violation of the universal revulsion of EXpost facto laws.
Quoting Nobel Prize laureate Wole Soyinka, the article said “these crimes were executed in defiance of pleas from virtually every sector of Nigeria and the international community—a grisly precedent for subsequent dictator Sani Abacha’s hanging of Ogoni activist Ken Saro-Wiwa in contempt of international opinion.”
It further noted that Buhari’s brutal military dictatorship was overthrown in 1985, adding, “Mr. Dasuki played a key role. Dictators do not forget. Fast forward to today.”
According to Fein, “if Mr. Buhari flouts Justice Ademola’s order with impunity, judicial independence will be fatally compromised and Nigeria’s embryonic democratic dispensation will be stillborn.”
“The judiciary is the only branch capable of checking limitless executive power—the bane of Africa.”
Fein such actions could work against peaceful transfer of political power on the continent as incumbents would be afraid of being persecuted by their successors.
“President Goodluck Jonathan’s administration accepted a peaceful transfer of power to President Buhari, a laudable landmark in African politics.
“If Mr. Buhari is permitted with impunity to destroy his political opponents like Mr. Dasuki with tyrannical methods, peaceful transfers of power everywhere on the Continent will become problematic. The incumbents’ risk of political and personal impalement at the hands of their would-be successors will be too high.”
The article concluded by urging the United States to insist on independent human rights observers to monitor Dasuki’s prosecution and trial, and a demand that President Buhari honours his vow to follow due process and the rule of law.
“The stakes are too high to remain silent,” it added.